Jeep vs. Land Rover: Which SUV Is Right for You?

At Metro West Motorcars, we know that it can be difficult to decide which type of SUV is right for you. That’s why we’ve put together this comparison of the Jeep and Land Rover models. Jeeps and Land Rovers are two of the most popular types of SUVs on the market. There are a number of different models from each brand, so it can be difficult to decide which is best for you. In this blog post, we will compare Jeep vs. Land Rover in terms of price, performance, safety features, and reliability in order to help you make a more informed decision when purchasing your next SUV!

The Jeep SUV comes in many different models, including the Cherokee, Grand Cherokee, Compass, Patriot, and Wrangler. The Jeep is known for its off-road capabilities and its price point is typically lower than the Land Rover. However, the Jeep doesn’t offer as many luxury features as the Land Rover does.

The Land Rover SUV comes in a few different models as well. The most popular models are Range Rover, Discovery, Evoque, and Defender. The Land Rover is known for its luxury features and its high price tag. However, the Land Rover also offers better performance and safety features than the Jeep does.

Jeep Compass – Compact enough for city driving, but is not very powerful off-road unless you buy the Trail Rated version

Jeep Renegade – Tighter interior than its Compass counterpart, but equal in competence

Jeep Cherokee – A great, versatile SUV that is perfect for families who want a little bit of everything. Technically, it is still compact and seats 5

Jeep Wrangler – In a league of its own, this high-performance icon is perfect for off-roading and features a washable interior

Jeep Grand Cherokee – While 7-person seating is still not available, its massive engine lineup and luxury is sure to impress many drivers

Range Rover – The stunning, luxurious, and high-performance 5-seat SUV we all know and love

Range Rover Sport – an lesser version of the classic, and it includes an optional third row to seat a total of 7

Land Rover Discovery – Another great option with seating for 5 or 7, this SUV is more spacious and luxurious than its Sport counterpart

Land Rover Defender – One of Jeep’s biggest rivals, the Defender is a high-performance multi-terrain vehicle that can take on anything

The Land Rover is much more pricey than the Jeep. In fact, the price starts at around double that of the low-cost JeepsThe cheapest Land Rover model is the Evoque, which starts at $44,700. Their most expensive model (the Range Rover Sport HSE) starts at $89,300.

While pricing, passenger capacity, and model variety are important factors for anyone buying a new SUV, it is also important to take a look at each car’s performance abilities.

When it comes to towing capacity, the Land Rover takes the cake. A Discovery can tow around 8,200 pounds while both the Range Rover and the Range Rover Sport can tow over 7,600 pounds. The Jeep Grand Cherokee can only tow around 7,200 and every other SUV in the lineup is much lower. While this may not be a major factor for some drivers, buyers who frequently tow large items or need a heavy-duty car for towing purposes should lean more towards the Land Rover.

While both feature many great off-roading features, the Jeep takes a slight lead in this area. While both can do well off-road, the Grand Cherokee is lighter and features an optional four-wheel-drive system with a low range for avid off-roading fans. The Land Rover’s biggest off-roading advantage over the Jeep is its hill descent control feature that allows it to go down steep hills without slowing down. It also features 7 off-road driving modes, which is two more than the Jeep offers. The real reason that the Jeep really takes the lead here is that the Jeep Wrangler beats out the Land Rover Defender in serious off-roading scenarios, which is where it matters most.

Almost every model of Land Rover has been found to be more fuel-efficient than almost every model of Jeep. The Range Rover Sport, for example, averages around 20 mpg city and 27 highway. Compare that to the Jeep Cherokee, which gets an average of 22 mpg in the city and 31 on the highway. In fact, every Land Rover model is more fuel-efficient than its corresponding Jeep counterpart with a few exceptions. For example, the Range Rover and Jeep Grand Cherokee share just about the exact same fuel economy and are around the same price.

So, Which One Is Right For Me?

Both the Jeep and Land Rover SUVs are great vehicles with a lot to offer drivers. Ultimately, it comes down to what is most important to you when making your decision. It goes without saying that Land Rover offers better products, but they come at a considerably higher price. If you need a vehicle that can tow large items or perform better on the road or on multiple terrains with more luxury, then the Land Rover’s models are the way to go. But, if you are looking to spend less money or are looking for a car that is still very impressive, the Jeep is probably the best SUV on the market.

Looking to buy an SUV? At Metro West Motorcars, we have an extensive catalog of used Range Rovers, Jeeps, and other SUVs as well. To check out our online inventory, click here. 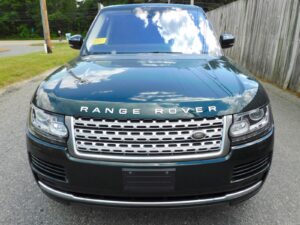 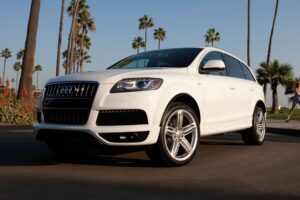 Looking for a Great Price on a 2013 Audi Q7? You have come to the right place! Our dealership is proud to offer some of 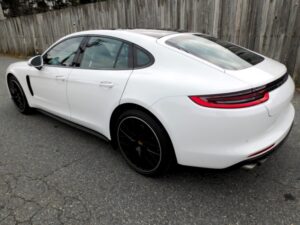 Used Cars For All Needs And Budgets

Whether you are looking for a family car, a work truck, or something sporty, Metro West Motorcars has you covered. We have the area’s 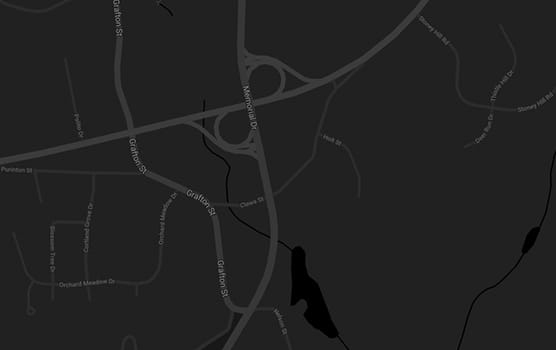